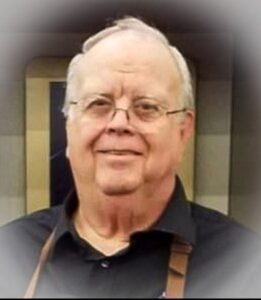 Jerry is preceded in death by his Mother June E Hutcheson-Osborne, his Grandfather William Daniel Hutcheson, and Grandmothers Lenora Hutcheson and Mamie Hutcheson.  Jerry leaves behind a son and daughter in law, Jason and Carolyn Stringfellow along with their precious children Noah, Nora, and Aden from St Charles, MO. He also leaves a daughter Christina Ortiz along with her precious children Hope, Jadyn, and Gabriella from Wentzille, MO.

Jerry was born July 28, 1949 in Star City, AR.  He graduated from Klamath Union High School in Klamath Falls, Oregon and he studied Theology at Gateway College of Evangelism.  Jerry was never really satisfied with just one career and held numerous positions throughout his life, however working in the jewelry industry seemed to be one of his favorites.  Jerry loved people and never met a stranger so it was not a surprise that after retirement he became an Uber driver and also a Nespresso salesman.  Jerry loved to travel and was an amazing cook.

At a young age Jerry began to serve The Lord and leaves behind a tremendous number of people that were touched by his ministry.  Although, he was not a “Preacher or a Pastor” he was very active in Church.  He was a Sunday School teacher, a Bible Study teacher, a Choir member, an Encourager, and a faithful saint.  He was a current member of New Life Pentecostal Church in Cabot, AR, and a former member of The Sanctuary Pentecostal Church in Hazelwood, MO.

A special thanks to A Natural State Funeral Service, 2620 West Main Street, Jacksonville, AR, 501-982-3400, for honoring Jerry’s wishes to be cremated.