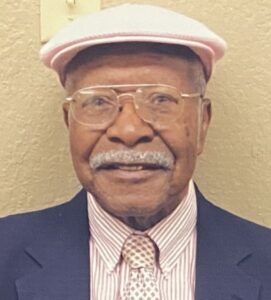 Jeremiah Haynes of Dumas, AR, formerly of Detroit MI, died Monday, December 8, 2020 at the Veteran’s Hospital in Little Rock, AR. He was born in Winchester, AR to Samuel and Mae Lillie Haynes on February 22, 1926. He was 94 years old.

In March of 1944 Jeremiah married Charlie Lee Tillman and from that union eleven children where born. Two children preceded Jeremiah in death as well as his wife. The children were Carlton Haynes and Jereldine Haynes Dedrick. Jeremiah was employed by Chrysler in Detroit as a crane operator. When he moved to Dumas, he became a mechanic with Dumas Public Schools.