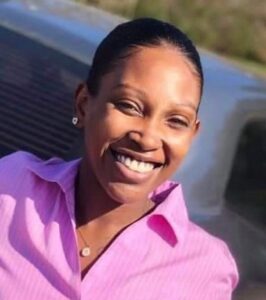 On July 4,1995, Kaleisha A’reil McNeal was born, in Forrest City, Arkansas to Joseph McNeal and Luritha Green. Kaleisha departed this earth on December 10, 2020. She was preceded in death by her maternal grandmother Katherine Ann Palmer, grandfather James “Dan” Palmer. Paternal grandmother Margie McGoy, Aunt Lisa McGoy, and brother Joseph McNeal Jr.
Kaleisha had a bubbly personality. She could light up a room with just her smile. She attended Brinkley High School early on & graduated from Daniel Webster High School in Tulsa, Oklahoma in 2013. She went on to become a Certified Nursing Assistant for Companion Rehabilitation of Tulsa, Oklahoma. Kaleisha relocated back to Brinkley, Arkansas where she held down single motherhood to four wonderful children while maintaining a position as a Desk Clerk for Econo Lodge until she was tragically taken away from us.

A private family service will be held on Saturday, December 26, 2020 at 11:00 AM at Anointed Temple Church of God, 500 Broadmoor Drive, Brinkley, Arkansas