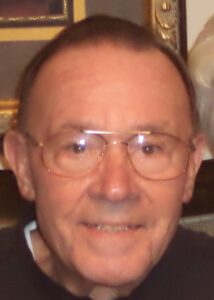 He is preceded in death by his parents, Joseph Ventrano and Assunta Giorgetti along with his sister, Joanne, and his brother, Charles. He is survived by his wife of 66 years, Clara Anastasia (Crawford); Victor leaves behind four daughters and one son, Susan Ventrano of Little Rock, AR; Linda and Jim Williams of Conway, AR; Victor and Lisa Ventrano of Little Rock, AR; Patricia and Brian Giles of Edmond, OK; and Kathleen and Niels Backers of Park City, Utah, as well as 15 grandchildren and 12 great-grandchildren.

Victor was stationed in Japan and fought in the Korean war. He proudly served in the U.S. Army between 1949 and 1952, receiving the Korean Service Medal, Bronze Star, United Nations Service Medal and the National Defense Service Medal. He later returned back to the states to marry his one and only love, Clara Ventrano.

Victor had a love for cooking Italian dishes and dancing. He would enjoy his time outdoors golfing, taking care of his yard and watering his flowers. He had a fondness for automobiles and loved sharing his knowledge of cars with others.

Victor will be laid to rest along side of his beloved first-born son, Victor J. Ventrano.

Memorials in his honor can be made to the Wounded Warriors Program or Immaculate Conception Catholic Church.

Rosary and Mass will be at Immaculate Conception Catholic Church, North Little Rock, on December 18, 2020. Time to be announced.