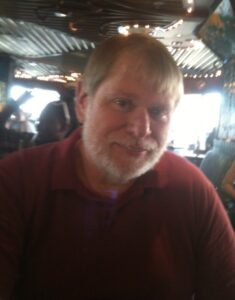 James Carlton Moore, age 67, of Damascus passed from this life onto the streets of gold on Friday, January 15, 2021 at home after a lengthy courageous battle with Alzheimer’s. He was born on February 15, 1953, in Houston, TX, to Hubert and Marguerite Moore.

James was preceded in death by his parents.

Special thanks to Victoria Jones of Home Instead and the staff of Hospice of Arkansas.
A Memorial Service is planned for a later date. In lieu of flowers the family request donations to Alzheimer’s of Arkansas.