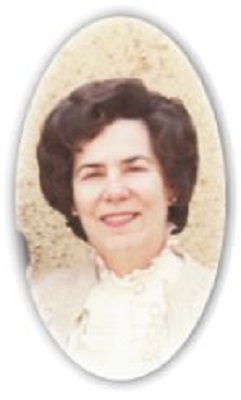 Mary V. Kelley, 94, died on January 19, 2021. She was born on October 28, 1926, in McComb, Mississippi to the late Henry and Bitha Rockco Cook. She married Benjamin F. Kelley on August 24, 1945, and they had a beautiful marriage lasting almost 73 years until Ben’s death in 2018. She is survived by sons Benjamin Kelley, Jr., of Montgomery, Alabama, Bruce (Peggy) Kelley of Batesville, Arkansas, and John (Gretchen) Kelley of Cassopolis, Michigan, sister- in-laws Bettie Sue Sage of Tremont, Illinois, and Ardette Cook of Lenoir, North Carolina, brothers Jerry Cook of Mobile, Alabama, and Jimmy Cook of Gulfport, Mississippi, and sister Shirley Farmer of Pascagoula Mississippi. She was blessed with nine grandchildren and 24 great-grandchildren. She was predeceased by her sisters Mamie Moore and Jean Canaday, brothers James, John, and Jack, daughter-in-law Kathy Kelley, two great-grandchildren, Kathryn and Micah Kelley and grandson Benjamin Kelley.

Mary graduated from high school in Pascagoula, Mississippi.  She attended William Jewel College until Ben became a Chaplain in the U.S. Air Force and later graduated from Chapman College. She lived all over the world with Ben. She was an elementary and special needs teacher and taught school in France, California, Florida, Nebraska, Iceland, Arkansas and South Korea. Ben and Mary were a great ministry team serving others through their love for the Lord. They belonged to the First Baptist Church in Jacksonville.

The family would like to thank all of the staff at Fox Ridge and Arkansas Hospice for the loving care they gave to Mary.  Due to COVID, a celebration of life will be held at a later date. In lieu of flowers the family prefers donations be made to the First Baptist Church or a charity of your choice.