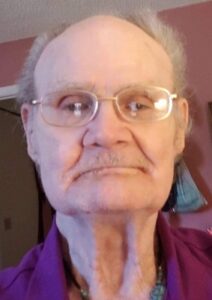 Richard Henry Greene, 81, of Jacksonville, passed away January 4, 2021. He was born February 2, 1939 in Toledo, Ohio to Robert Greene and Ethel Walters.

Richard was a United States Air Force Veteran and served his country honorably. He was a member of American Legion and a devote Methodist. He loved welding and made a 40 year career doing what he loved. Richard had a heart of gold, would help anyone, was strong willed and honest. He served as Union President for United Auto Workers in Delta, Ohio and was highly respected.

Richard is preceded in death by his parents and brother Robert Greene Jr.

Richard is survived by his children Terry Greene (Kimberly), Larry Greene, and Jennifer Sullivan (Rob); 12 Grandchildren; and 2 Great-Grandchildren; siblings Charles Greene (Marsha) and Cleone Wootters (Robert); and a host of family and friends.