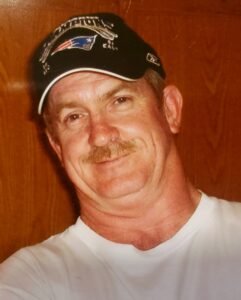 Timothy (Tim) Lee Jester, 65, of Redfield was born on June 19, 1955 in Pascagoula, Mississippi and passed away on January 6, 2021.  He was a member of Corinth Missionary Baptist Church in Sheridan, and a 1973 graduate of Grady High School.

During his early years, Tim played Little League Baseball for the Pine Bluff Jaycees coached by Ed Brown.  Later he played in both the American Legion and Babe Ruth Baseball Leagues in Pine Bluff.  While attending high school in Grady, he continued his love of baseball and also played linebacker for the football team.  Throughout his life, he could often be found on the Arkansas River where he loved to fish for Crappie making lots of memories with his brother and friends.

Although sports was a great passion, his greatest love was music. He was known for playing the drums.  He could often be heard practicing for hours at home. He was an amazing drum player and showman.  He toured and played drums in various bands, recognized as one of the best in the South.

Tim enjoyed a 46 year career at International Paper Company in Pine Bluff (now known as Evergreen) where he not only worked, but made many lifelong friends along the way.  One such friend said Tim was your friend if you needed a friend. If there was work to be done, he always showed up to help. There was no task too big or small.  If you needed help in any way, he was always there to lend the extra hand. He was someone you could always count on.

In his later years of life, Tim could be found snuggled up, enjoying the company of his three dogs. They were always right by his side, with him wherever he would go.

But he truly loved his family.  Spending time with his family was what brought the most joy to his life.  The light of his life were those precious grandchildren.  They loved their Papaw, and he thought they were his whole world.

As you can see his legacy is more than sports, work and music.  It is the love he leaves inside each of us he loved along his journey in life.  We will miss him deeply, but he will always be forever in our hearts and thoughts.

Tim was preceded in death by his parents, Thomas James and Lillie Mae (Teague) Jester, and his sister, Linda Jester Gates.

A memorial service will not be held at this time due to COVID-19.

In lieu of flowers, please make donations to the Animal Rescue League.