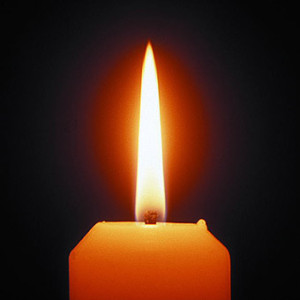 Melissa Lou (Missy) Williamson of Sherwood, Arkansas, drew a last, peaceful breath on this earth in the arms of her husband at Little Rock Baptist Medical Center on January 28. 2021, at the age of 71.

She waged a valiant battle with several medical conditions but despite her uncomplaining bravery and determination, she lost the fight.

She is survived by her husband of 51 years, Gary Williamson of Sherwood; daughter Jennifer Kushmick, husband Pete, and grandchildren Abby and Miles Kushmick of Winston-Salem, N.C.; daughter Amy Fink, husband Lance Fink, and granddaughter Addi Fink, all of Fayetteville, Ark. And we can’t omit the very important cat, Squeak, of questionable age and parentage. Missy spent the first 44 years of her life as a member of the U.S Air Force family, first as a daughter and then as a spouse of career Air Force members.

She loved traveling and as a military wife, she had many opportunities to do so. She and Gary moved ten times during Gary’s career as a U.S. Air Force officer and she was normally able to handle the complexities and stresses of the moves with ease and good humor.  The single exception to the good humor part was when she had to be dragged kicking and screaming from their two-year assignment in Australia on exchange with the Royal Australian Air Force. Having dealt with frequent moves and absences of her husband on flying assignments, she was highly adaptable and self-reliant. Her approach to life can be summed up by the tattoo she proudly wore on her wrist: “She persisted”. Missy graduated from the University of Arkansas at Little Rock with a degree in accounting, but spent most of her adult life working as a dedicated volunteer in several Air Force organizations, Meals-on-Wheels, and lastly in three Arkansas hospital auxiliaries. She was a state officer and board member of the Arkansas Hospital Auxiliary Association (AHAA) for over ten years and had thousands of hours of volunteer credit.  She was proudest of having been instrumental in the establishment of the AHAA scholarships in nursing and health-related professions at UAMS and of receiving the first AHAA President’s Award in 2012 for exceptional service. When not volunteering, she was widely known for her gourmet cooking, beautiful counted cross-stitch, love of animals and friends, and her unwillingness to suffer fools silently. As you would expect from this former “Jeopardy” contestant, she was good with words and enjoyed working the New York Times crosswords, usually completing them before finishing her second cup of coffee She lived a life devoted to caring for her family, helping others, and having fun throughout the journey. Few who met Missy will ever forget her sense of humor and big personality. Her death leaves a large hole in the hearts of her family and friends but the world is a better place for her having passed through.