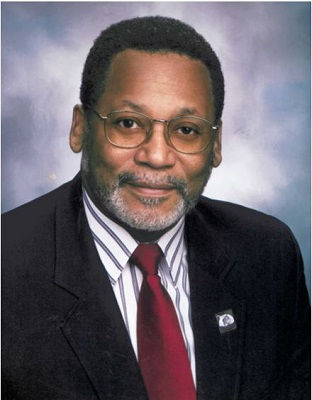 Alfred Louis Hampton beloved husband, father, brother, grandfather, friend, and teacher passed away peacefully on Monday, March 22, 2021 in Little Rock, Arkansas. Born on July 15, 1943 in Philadelphia, Pennsylvania, Alfred was the second of seven children to be born to the late George Leroy Hampton and the late Frances Sims Hampton.

He attended the Ebenezer Seventh Day Adventist Day School and graduated from Simon Gratz High School. In 1969 he earned the B.S. in Mathematics and Physics from Oakwood College, Huntsville, Alabama. He completed his Master of Science degree in Science Education at the University of Tennessee-Knoxville in 1975.  A life-long learner, Alfred engaged in additional studies and earned a number of certificates at the University of Texas-Austin, the United State Department of Labor-OSHA Training Institute, the University of Wisconsin-Madison, Alabama A&M University, Clark-Atlanta University and Oak Ridge National Laboratories.

Alfred’s lifelong passions were STEM education and Christian education. He believed that STEM education was not just for the elite, gifted and talented students. Therefore, during his career he worked strategically to identify, motivate, mentor and provide first class educational opportunities for underserved, marginalized students.

In 1971, he began a 46 year long education career as a science and mathematics instructor at Oakwood College Academy and Oakwood College. He spent 17 years at the university of Wisconsin-Madison as Assistant Dean and Director, Office of Minority Affairs. From August 1994 – June 1997, he worked at the University of Texas-Austin as Executive Director of the Texas Alliance for Minorities in Engineering, Inc. (TAME). When UALR’s CYBER College (currently the College of Engineering and Information Technology) opened in 1999, Alfred became Assistant Dean for Recruitment and Diversity Affairs. After retiring from UALR in 2006, he spent 10 years teaching mathematics and science at Arkansas Baptist College and science at the Shiloh Seventh Day Adventist Pre-K to Grade 7 School.

During the 24 years, this Philadelphia native spent in Little Rock, Alfred served first as Head Deacon and then as an Elder at the Shiloh Seventh Day Adventist Church. As a proud member of his adopted community, he served on the boards of the Arkansas Community Foundation, the Historic Arkansas Museum, and the Arkansas Mentoring and Networking Association.

Or to the UAMS Foundation Fund