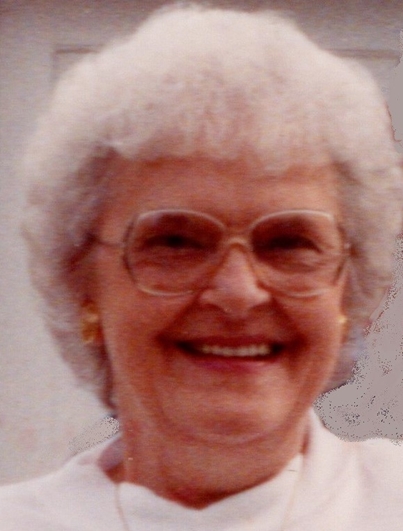 Anna Barbara Butler, age 93 years, went home to her Lord peacefully in her sleep Tuesday morning, 23 February 2021 at the home of her son Michael in Jacksonville, AR. A memorial service will be held for Anna at a later date in Marshalltown.

Anna was born on 20 Nov 1927 to Martin Johnson and Magdalene (Kinne) Johnson on their farm near Gowrei, Iowa. As a young girl she loved school, was an avid reader and basketball player. She was still watching basketball and did the crossword puzzles in the TR every day. She also still read having read over 150 books last year. She met her future husband when they were about 11 when her parents moved to a farm near Union, Iowa. Anna said she did not like him at all, however she eventually changed her mind. When John was home on leave during WW2 they became reunited and after John’s discharge from the Navy they married. They enjoyed their family and many friends through the years, fishing and duck hunting at Elm Lake and numerous vacations to Canada where they built a cabin and spent many summers together. After John’s death she continued to go to Canada with her sister-in-law Mary Butler.

Preceding Anna in death were her husband John; her parents Martin and Magdalene Johnson; her son Steven C. Butler; her brother Howard Johnson and best companion and sister-in-law Mary Butler.