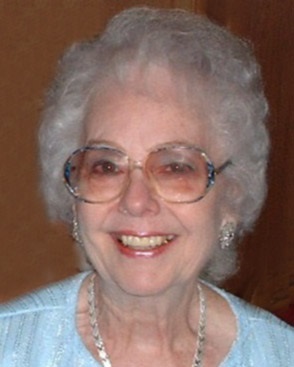 Dorothy Otto, 86, died peacefully on Saturday morning, March 27, 2021 at her home in Hot Springs Village, Arkansas with her daughters by her side. Dort was born on May 28, 1934, the only child of Eskil W. and Mildred Hope (Bailey) Swenson. She grew up spending a lot of time on her grandparents’ farm in rural Cherry Valley, Illinois. Dort went to Cherry Valley grade school and graduated from Rockford East High School in 1952, where she and Richard Otto became high school sweethearts. They were married on June 6, 1953 in Cherry Valley. They were eventually able to buy her grandparents’ beloved farm, renovate the house and raise their daughters there. Dick and Dort had a lot of fun performing and doing tricks in water skiing shows, square dancing, snowmobiling and fishing together, with Dort often catching larger fish. Dort was a Girl Scout leader for several years. She taught her daughters to ride horseback when they were just little girls, something she’d done since she was a young girl herself. In the 1990s, Dick and Dort moved to their home on Long Lake in Washburn county, Wisconsin for more snowmobiling and fishing. From there they moved to Arkansas, where Dort was involved with the Hot Springs Village writers group and the HSV Republican Women club, and was a member of Woodlands Presbyterian Church. Dort’s true passion in life was writing. In the 1990s, she was inspired to write about her life, and since then she has written books, short stories and some very funny limericks for her family to cherish. Dick preceded her in death on December 19, 2006. She is survived by her three daughters, Lisa (Dave) Imhoff, Rhea (Gary) Lancaster, and Cara Otto, and one granddaughter, Jenessa Lancaster. There will be a memorial service on Thursday, April 1 at 11:00 a.m. at Woodlands Presbyterian Church in Hot Springs Village, with a fellowship at the church following the service. The family asks that in lieu of flowers, memorials be made to the Salvation Army.