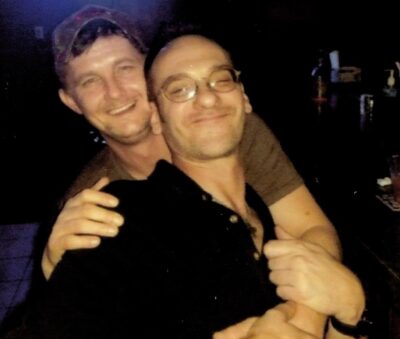 He was preceded in death by his beloved mother, Carolyn Dingler, his father, Harold Dingler, and his sister, Mitzi Dingler.

Those who called him friend describe him as pure sunshine, love and laughter. In his younger years, he was a walking encyclopedia of all things science related, and was active and quite successful in his many 4-H endeavors.

Kent’s innate attention to detail served him well as he excelled in school. After graduation, he moved to Dallas where he attended the Art Institute of Dallas. Kent had an eye for design and his creativity was always unmatched.

Kent worked at Red Lobster in Hot Springs, where he met one of his best friends Melissa, and later North Little Rock, building many friendships with coworkers and patrons. When he moved to Searcy, he met the love of his life, Roger, and great friend, Melissa, while continuing to make great friends at Colton’s and the Elks Lodge.

He was well-loved and could make you feel like you were the sun, moon, and stars, when in reality, most were content to be in his periphery. When Kent decided to be your friend, you were his through good, bad and ugly. He loved his friends and family deeply. His legacy was all his own. He did it his way.

Kent is survived by his partner, Roger, aunt, Betty Self of Kirby, Arkansas Sue Harvey of Orlando, Florida, and an uncle, Dub (Cora) Frazier of Okolona, Arkansas, and many, many great friends.