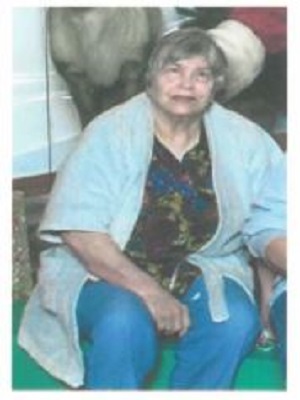 Gloria was a native Arkansan and lived her entire life in North Little Rock, Arkansas. She married at a very young age 15 to Don Young until his death in May 2018. They were Blessed to have 54 years of marriage and were usually always together. They were a very unique couple and best friends. Both found true love, each other and were committed to their life together until Don’s transition in 2018.

Gloria was a wonderful wife, mother, homemaker, grandmother, great grandmother and her focus in life was always family and friends. Gloria was also an active member of First Assembly of God Church where her family attended at 22nd and Franklin, North Little Rock She was very faithful in attendance until the church moved to Lakewood, North Little Rock. During her older years she did not attend as often but was a devout Christian and had a personal relationship with her Lord and Savior.

She will be missed but never forgotten and her legacy lives on within each and every heart she touched during her life journey on earth.

A very Special Thank you to her friends, Maurice Best, Debbie Mallard and Care Giver, Ruth Free, Dennis Free who were there during the difficult moments of her life and upon her transition.

She is now free from all heart break, suffering, pain and sorrow and is soaring in that Heavenly Place that is prepared for her!!

Visitation will be Thursday, April 29, 2021 at 10:00am at Edgewood Cemetery in North Little Rock. Graveside Services will follow at 11:00 am.