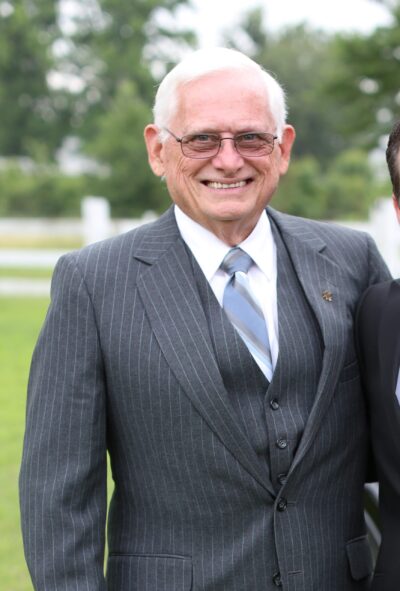 Mr. Benny C. Payne, of Little Rock, Arkansas departed this life on Tuesday, April 13, 2021 at the age of 79 surrounded by his loving family.

Benny was a faithful member of the Church of Christ his entire life. He attended the Airbase Church of Christ for 52 years in Newport and was a current member of Fairview Park Church of Christ after retiring and moving to Little Rock to spend more time with his Son. His devotion to his family and his unwavering faith in his heavenly Father carried him through his battle with cancer.

Benny was born Jan. 22, 1942 in Newport, Arkansas, the son of Robert & Elaine (Hubbard) Payne. He had a great childhood in a Christian centered home and graduated from Tuckerman high school in 1960. He attended the University of Arkansas and Harding University where he learned drafting which proved very valuable to his future business success. In 1963 Benny married the love of his life and wife of 57 years, Georgia Bradley. In that same year he became a licensed electrician and in 1964 began a long career as an electrical contractor and owner of multiple electrical/electronic based businesses. One of his early contracts was designing and wiring the electrical infrastructure for the Newport Wal-Mart Store in 1969. He continued to bring innovative technology and services to Newport and the surrounding areas of Northeast Arkansas for 46 years. He concluded his career by owning a Radio Shack dealership from 1983 until retiring in 2010 and moving to Little Rock where he enjoyed his hobbies of drag racing, photography, woodworking, and his favorite was building and enjoying Hot Rods with his son Rodney.

Benny’s most important legacy for all, is his life example of serving God above all else.

Benny is survived by his wife, Georgia and one son, Rodney Payne, his wife Ashley, and two grandchildren Cheyenne and Kaiden of Little Rock. One sister Sherra Davenport (her husband Kenny and their children Julia and Jillian) of Newport.  Two sisters-in-law, Nomenia Dilday (children Wade, Brad, and Janaga) of Texas and Lucenia Whitehead (her husband Bobby and children Amy and Randy) of Cabot. One brother-in-law Paul Bradley (his wife Kim and children Jared and Tyler) of Bentonville.

Benny was proceeded in death by his parents Robert and Elaine Payne, Georgia’s parents, Boyd and Juanita Bradley, and one brother-in-law Gaylon Dilday, all of Newport.

In lieu of flowers the family ask that donations be made in Benny’s honor to Carti at https://www.carti.com/foundation/ways-to-give/