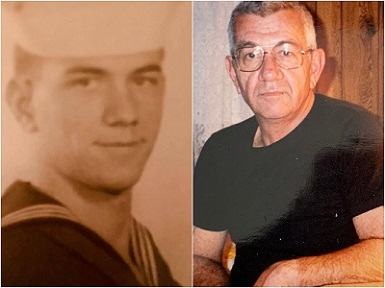 Kenneth Henry Cullen, son of Harper and Ella Fay Crall Cullen (Webster) was born June 27, 1941 in Camdenton Missouri. He departed this life peacefully surrounded by loved ones May 3, 2021 in his home where he resided with his youngest son Stacey Ryan Cullen and family in Conway Ar. Kenneth H Cullen was 79 yrs of age.

He was preceded in death by his mother and father and 2 brothers Charles Calvin Cullen, and Clyde Cullen of Camdenton, Missouri. Survivors include, 1 brother, James “Jody” Cullen of San Jose, California, and 1 sister, Catherine Pilkenton of Peoria, Illinois. Also his 3 children , his eldest son John Kenneth Cullen of Mocksville, North Carolina, his only daughter Dawn Marie Cullen of King, North Carolina, and youngest son

Kenneth Cullen was of the Christian faith and believed in our risen Lord and Savior Jesus Christ. He served in the U.S navy and made his living as a tv broadcasting engineer of cable systems and fiber optics. He will be remembered by his loved ones as a kind and quiet man with a strong work ethic, but also witty and fun. He will be missed greatly by many who knew him and cared for him. Although Kenneth’s passing leaves a huge hole in the hearts of those who loved him, they take great comfort knowing he is at rest in the arms of our Heavenly Father.