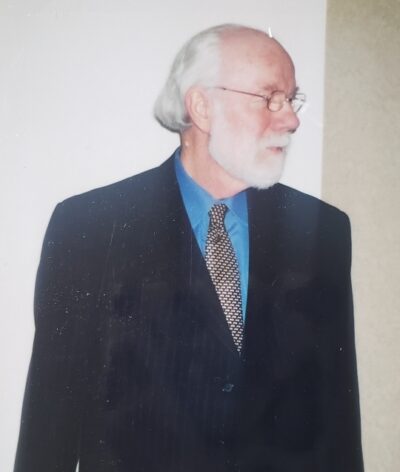 He was preceded in death by his parents, sister Mary Laura Spicer, and daughter Charla Jo Stone.

Charles was a graduate of the University of Arkansas with a degree in Agricultural Engineering. He farmed for 25 years near Stuttgart, AR. At 70 years of age, he found a second career as a commercial real estate appraiser based in Kansas City. He was highly respected in many states as an appraiser, he was Vice President at Adamson & Associates and a member of the appraisal Institute as well as many others. He also served on the Drier Board at Riceland Foods, the National Rice Council, and the Stuttgart School Board where he took the unpopular stance for public school integration. He was known for his hearty laugh, his listening skills, quiet demeanor, quick wit, and love of upscale classy ties. He enjoyed travel. His son especially remembers surprise trips, destination untold, his dad saying they are going to “Gazpada” _but ending up in California or Key West. He also had a fond love for history and chocolate milk shakes.

In lieu of flowers memorials may be made to the National Wildlife Federation, P.O. Box 1691 Merriville, VA 22116.

Condolences may be sent to A Natural State Funeral Service, 2620 West Main Street in Jacksonville, Arkansas, 72076, or by visiting Charles’ online guestbook at www.anaturalstatefuneralservice.com .