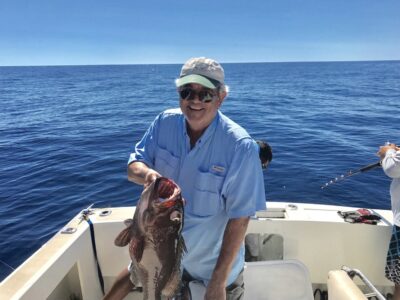 Dudley Flanders, Sr., passed away peacefully at the age of 69 on May 31, 2021, surrounded by his loving family.

Born and raised in Fort Smith, Ark., Dudley graduated from Dartmouth College in 1975 and returned to Arkansas to work for Flanders Manufacturing Co., his parents’ case goods company. Thus was the start of a career that would lead him to become a luminary in the outdoor furniture industry. In 1982, Dudley and his father acquired the Lloyd Manufacturing Co. in Menominee, Michigan and founded Lloyd Flanders, Industries.  Dudley became president of Lloyd Flanders in 1983 and CEO in 1991.  Under his exemplary guidance the company rose to prominence as the industry leader in all-weather wicker.  His strong work ethic, steadfast integrity, and humble pursuit of excellence have inspired countless employees, co-workers, and customers. He was a man of few words, but when he spoke, it mattered.

Dudley’s influence in his field extended beyond Lloyd Flanders.  It was important to him to encourage the success of others. He served in countless industry leadership positions over the years, culminating in his receipt in 2015 of the illustrious Lifetime Achievement Award from the International Casual Furnishings Association. His quietly thoughtful presence and sage advice will be sorely missed.

Dudley’s inherent problem-solving ability manifested in many ways, from his love of crosswords and Jeopardy! to his notorious fix-it skills. He also rose to the occasion when asked to lend his expertise to others. Accordingly, Dudley served on the boards of numerous organizations, including the Arkansas Valley Habitat for Humanity, Weldon Williams and Lick, Bruce-Rogers Company, the United Way, the Cancer Support Foundation, and the Westark Area Council of the Boy Scouts, among many, many others.

His faith was a bedrock of his life, and his family was his utmost priority. While Dudley’s passport was full and he never shied away from a new adventure, his favorite vacation was always a trip to Lake Ouachita with his family. One of his greatest joys was teaching his grandchildren how to fish.  He also loved to cook and grill, and his recipes for salmon, pork tenderloin, and award-winning chili have been shared across the country.

Never one to seek the spotlight, no funeral or memorial services will be held. Remembrances and condolences can be sent to rememberingdudley@gmail.com.  Keeping with Dudley’s giving spirit, his remains will be donated to UAMS to further medical teaching and research.

Dudley will be remembered for his extraordinarily charitable nature.  Accordingly, the family requests that expressions of sympathy be made in his name to one of the following organizations: