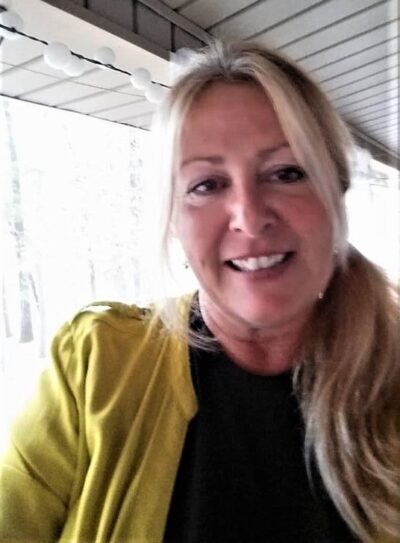 Kelly ‘PK’ Standridge Warne passed away on June 8, 2021 at Arkansas Hospice in Little Rock after a long and brave battle with cancer. She was born January 2, 1961 to the late John Luther Standridge and the late Melba Sue Jones in North Little Rock Arkansas.

She was preceded in death by her brother John Luther Standridge Jr.

Kelly attended Sylvan Hills schools and graduated Class of 1979. She moved to Houston Texas where she found her dream career of 26 years with King, Chapman, and Broussard consulting group where she managed the office, developed staff and coached special project team leaders in Mining, Forest Products, Oil and Gas, and Power Generation. Her deep love and commitment for people and vitality was abundant in her work and she led many teams to achieve extraordinary results.

She met the love of her life, John, in Houston and they shared 21 remarkable years together. She adored her husband, family and friends. She greeted everyone with her beautiful and welcoming smile. Kelly strove to create miracles within her family and cherished each of those achievements most of all.

Kelly held a special love for children. You would often see her parading by with children in tow to ‘Walk this Way’. She fostered young ladies to be high-minded.  Kelly retired in 2012 and moved to her vacation home on the Big Piney Creek where she was most happy gardening, playing in the water and hosting family gatherings. She held an annual Peep Party at home, where she kept all her girlfriends close and in her heart. All that knew her felt her love, her joy, her grace, and her admiration. Kelly was simply magnetic.

A memorial service will be held at 10:30 AM on Saturday July 3, 2021 at Sweet Treats Event Center, 99 Church Street in Lamar, AR. Parking will be attended prior to service and a light fare will be served immediately following.

In Lieu of flowers, the family asks that donations be made in memory of Kelly S Warne at  https://carti.ejoinme.org/donate or mail to;