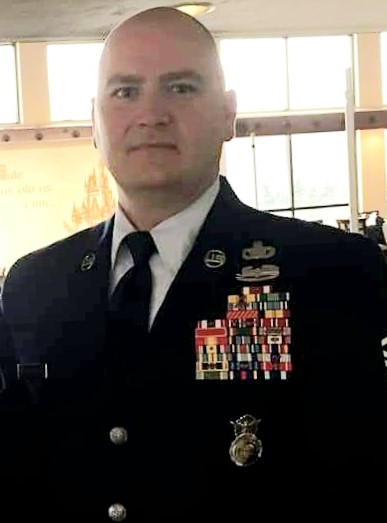 He grew up in Carlisle, Arkansas. He was an avid sportsman who loved hunting and fishing. He was a member of Landmark Missionary Baptist Church in Carlisle.

Cliff is survived by his wife; Mandy, son; Braden, daughters; Kayla and Maeli, mother; Janie (Charlie), sisters; Traci and Mindy, one half brother and two half-sisters, and eight step-sisters. He is also survived by nieces; Kamri, Ashton, Natori, and Laura, and nephews; Dalton, Carson, and Kolby. He is also survived by extended family and loving aunts, uncles, cousins, and a host of friends.

Cliff was many things to many people. A devoted and loving son, husband, father, brother, uncle, and friend to everyone. Cliff was and still is a true American Patriot, who served his country with pride, honor, and dignity. His Military career spanned from 1999 when he enlisted in the Air Force until his retirement in 2017. His service included multiple overseas tours and he was a highly decorated veteran.

Service will be Monday, June 14, 2021 at Landmark Missionary Baptist Church in Carlisle, Arkansas.