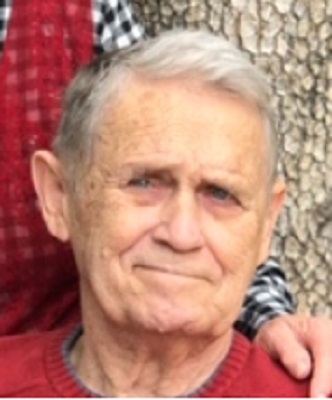 Richard Evan Steele passed away on June 14, 2021, at the age of 79, knowing he was loved. Richard was born on March 30, 1942, to Louis Francis and Hazel Steele, in Iola, Kansas. Richard attended Maryland University in Japan. He then spent 4 years in the United States Air Force, and moved back home to Wichita, KS, with his new bride, Marsha Hinesly Steele. Richard and Marsha were married on February 15, 1966, AND March 12, 1966. There’s a funny story behind that. Suffice to say Richard loved her so much, he married her twice. In Wichita, he worked as a systems analyst, and retired in 2011. Richard loved to hunt, fish and camp, trekking at least once or twice a year to Roaring River State Park in Cassville, MO. Richard spent a lot of time there with his family, and the spot is still favored by his wife, children and grandchildren. Richard and Marsha purchased the home he grew up in, just north of Wichita, and raised their children there for many years, raising chickens and bird dogs (which don’t work well together), and cultivating a large garden the family worked on (whether they wanted to or not). While the property was only 2 acres, the garden was 10 acres, or so it seemed to his children. Richard was known for his work ethic, working up to 80 hours a week, to support his family. Above all, Richard was a family man. His children fondly remember being tickled until they could no longer stand it, playing hide and seek, baseball in the yard, board games, rubber band fights, and much more.  All that remember him expressed memories of him being so much fun. Richard also played on a bowling league and received an award for bowling a perfect game, with a score of 300. These are just a few of the things he was known for. His family wants you to know that he was so much more than this, and there is not a way to describe him in just a few words.

The family wishes to express their sincere gratitude to Lisa Stafford, Sharon Herring, Ashley Moody, Tanya Adams, Kay Johnson and Brandy Johnson – the caregiver team that was with him to the end. You are family.