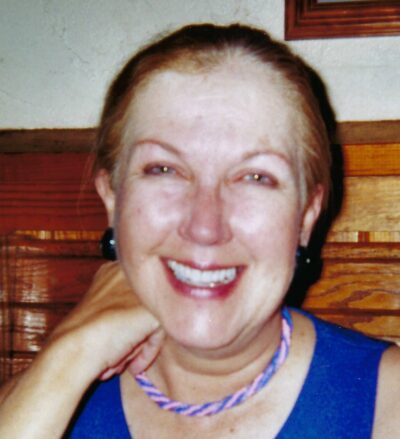 Sally earned a Bachelor Degree in Business Management and a Masters in Psychology.  She was a Russian linguist in the Air Force, a claims adjustor for USAA, and a psychology instructor at two junior colleges in Huntsville, AL.  She also volunteered as a counselor at a shelter for victims of domestic abuse and as a counselor at a food bank in Huntsville.  In North Little Rock she volunteered at the Hayes Senior Center teaching weight training.

She was particularly fond of ping-pong and racquetball, and often drew backhanded compliments from her adversaries like “getting whooped by a little girl.”  She also enjoyed reading, swimming, and playing with her cats and dogs.

She was preceded in death by her parents.  She is survived by siblings Colleen McLaughlin, Jim McQuie Jr, Julie Onesty, Kelly (Mark) Canterna; her husband Bert Turner; as well as numerous nieces and nephews.

A private family service will be held.  In lieu of flowers, memorials may be made to the Arkansas Food Bank or a charity of your choice.