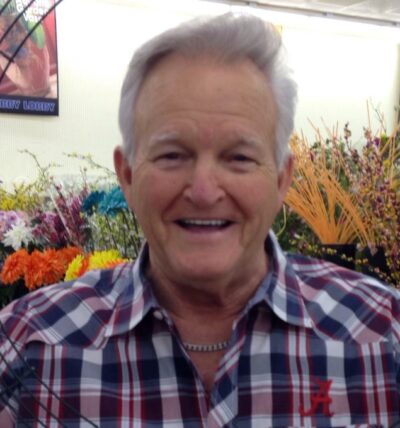 Larry Raymond Lyon, age 77, of Cabot, Arkansas passed away on Tuesday, July 13, 2021. He was born on February 10, 1944 in Huntsville, Alabama to Raymond Seaborn Lyon and Catherine Flatt Lyon.

Larry was an avid Alabama Crimson Tide fan. He loved hunting, fishing, and selling anything he could get his hands on. Larry was very outgoing and never met a stranger.

He is preceded in death by his parents, Raymond and Catherine Lyon; sister, Teresa Lyon; and brothers, Roger and Anthony Lyon.

He will be deeply missed by his family leaving behind his wife, Linda Lyon, his stepson, Troy Hunter and his wife Sandy, his stepson, Jeff Parker, his sister, Debra Sneed Lyon, his grandchildren Chelsea Hawley and her husband Brent, and Kayleigh King and her husband Caden, and his great grandchildren, Madelynn, Lucas, and Jacob Hawley and Wyatt and Hudson King. He also leaves behind many other friends that he met along his journey of being a salesman.

In lieu of flowers, the family would like donations to be made to Tunnel to Towers Foundation, 2361 Hylan Boulevard, Staten Island, NY 10306. https://t2t.org/donate/