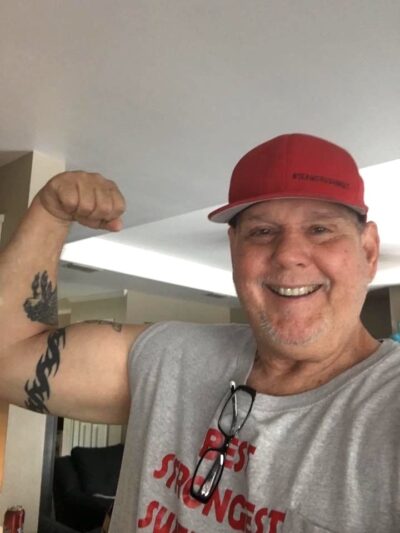 Michael Edward Cagle Sr., also known as “Big Mike”, “Mighty Mike” and “Papa” was born November 13, 1955 in Bentonville, Arkansas, to the late William Edward Cagle and Wanda Pauline Cagle. Mike went home to heaven on Saturday, July 3, 2021. He passed peacefully with his family at his bedside.  He was 65 years old.

He was preceded in his death by his brother Gary Cagle.

Mike leaves behind his wife Carol Cagle, sister Betty Beard, brother Ron Cagle (Carol), son Michael Cagle Jr, Daughter Sherry Castaneda (Christopher), 6 grandchildren Chris Castaneda Jr. (Sunni), Alyssa and Shelby Castleberry, Cali Castaneda (Donovan), Jimmy Castaneda and Carly Castaneda. He also has to great grandchildren on the way that he was so excited to meet, Mateo due in October by Cali and Donovan  and another Due in 2022 by Chris and Sunni.

Mike was known for many things. Mostly for his big heart and caring attitude. He lived for his grandchildren, they meant the world to him. He accomplished so many things in his 65 years. He was a master automotive mechanic, a 3 time World Arm Wrestling Champion, and he won Arkansas Toughman when he was in his 50’s. He played semi pro baseball in California, and softball for years in Pine Bluff. He was the strongest, toughest, most positive person you could ever meet.

Mike devoted his life to the Lord, his family and friends.