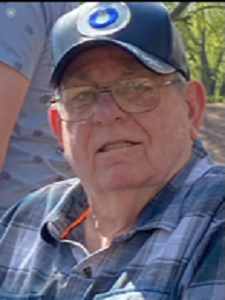 Edward Charles Mitchell, 77 of Jacksonville, Arkansas went to be with our Lord on Monday, August 2nd, 2021.  He was born in St. Louis, MO on November 8, 1943, to the late Joseph and Mary Mitchell.

Shortly after leaving the Airforce, Ed moved his family to Franklin, Ohio to start a new job in Dayton. There Ed became involved in the local American legion post 149 where he would later become the Commander. Ed was proud of his service and used much of his time after Vietnam helping other veterans.

Ed loved fishing. Especially with his grandchildren. He had a knack for catching the big catfish. His biggest catch of all was the love of his life Elizabeth whom he met while stationed at the Little Rock Airforce Base in Jacksonville, Arkansas in 1963. Elizabeth (Beth) was working as a waitress at Chambers drug. Ed came in for lunch with a friend and she immediately caught his eye. A little over a year later they would be married.

Ed was a kind man and will be missed by many. He is preceded in death by his parents Joseph J Mitchell and Mary J Mitchell (Webb), sister Sharon Huska, and Sister-in-Law Joann Mitchell (Polvey).

He is survived by his Wife Elizabeth, brother Richard, sisters Sandra Hensley, and Mary Stevens.

Visitation will be held Tuesday August 10th from 10:30-11:30 at the A Natural State Funeral Service located at 2620 West Main Street in Jacksonville followed by a Graveside service beginning at noon at the Arkansas State Veterans Cemetery 1501 W Maryland Ave in North Little Rock.

In leu of flowers the family has requested donations be sent to Camp Aldersgate in memory of Ed. Donations can be mailed to 2000 Aldersgate Rd, Little Rock AR 72211 or online at campaldersgate.net/support-us/donate.