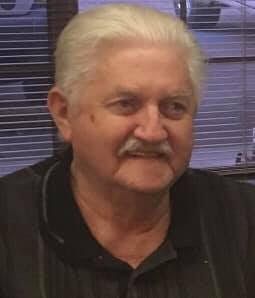 He was preceded in death by his parents, John W. Roberts and Ruth Naomi Roberts and adopted son Travis Bowling.

Johnny Roberts was a life-long member of the Church of Christ in Mt. Ida. He was a logger most of his life. He enjoyed his grandchildren and anyone else’s he could borrow. In his younger years, he loved to coon hunt and mechanic on race cars, when he wasn’t working on his own fleet of log trucks.

His hobbies in life included playing with the kids, enjoying songs on the porch, square dancing, and big get to gathers with plenty of food and storytelling.

He will be missed around Norman, as he drank many a cup of coffee sitting at the round table (liar’s table) discussing logging with other loggers.

One of his biggest passions was pulling jokes or pranks on anyone he could get to bite. Another passion was arguing with Evereta Roberts because “She was cute when she’s mad.” He will be missed by many here but he is joined with those that went on before him…