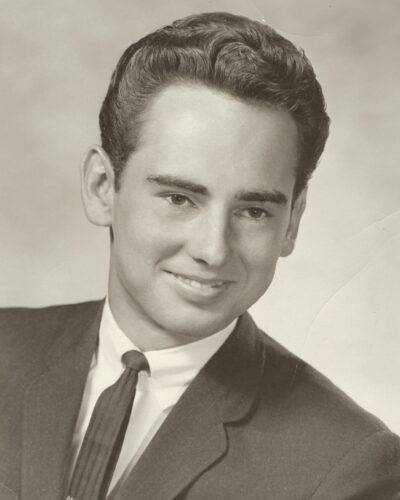 Paul Everett Pound was born on Dec. 26, 1946 in Loma Linda, California. His parents were James Paul and D. Marie Pound of Bloomington California. He was raised in Southern California.

He met and married Charlotte L. Allbritton in Fresno, California 1996. They then moved back to Southern California, were they raised three wonderful children. Paul was a fourth generation Apostolic Pentecostal by faith.

He is preceded in death by his parents, two brothers, and his youngest child, Cherilyn Marie Simpson.

He is survived by his wife, Charlotte, his son, Brent R Pound and wife, Darla of Mesquite, Texas. He is also survived by his daughter, Yvonne R Flowers and her husband Rev. Floyd Flowers Jr. of Jacksonville, Arkansas.

Paul loved baseball growing up and often played on church teams. He loved his family and loved spending time with them. He was a devout Christian and was faithful through the years.

Paul was blessed with a beautiful and mellow singing voice, he often blessed others with singing at church.

Paul highly valued the godly, Apostolic men that God placed in his life as pastors which guided him throughout his life. His uncle, Murray L, Layne, of Fresno, California.

Paul treasured the Word of God and read the Bible consistently. It sustained him in his latter years, especially when battling sickness and afflictions. He was looking to the appearing of the Lord Jesus Christ and living for the promises written in His Word.

One of his favorite Scriptures was Psalm 61:2,

“. .. When my heart is overwhelmed, lead me to the Rock that is higher than I. For Thou hast been a shelter for me and a strong tower from the enemy.”