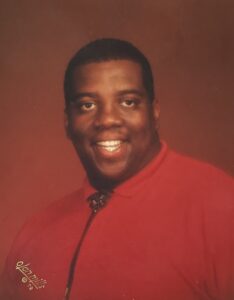 Dwayne Yarbrough, age 58, of Jacksonville, passed away on Saturday, September 18, 2021. He was born on September 30, 1962 to the late James Yarbrough, and Cleo Yarbrough.

Dwayne loved music, spending time with his family, and his grandchildren. He loved watching his Cowboys, and made his love of being an educator his career. Dwayne never met a stranger, and impacted everyone he met.

Dwayne is preceded in death by his father James, and brother Ivan.

Dwayne is survived by his mother Cleo of Little Rock, brother Raymond, and sisters Laurice, Marjorie, and Jackie, all of Little Rock. He also leaves his son Brandon of Las Vegas, his daughter Brianna of Jacksonville, 5 grandchildren, and many other family and friends.