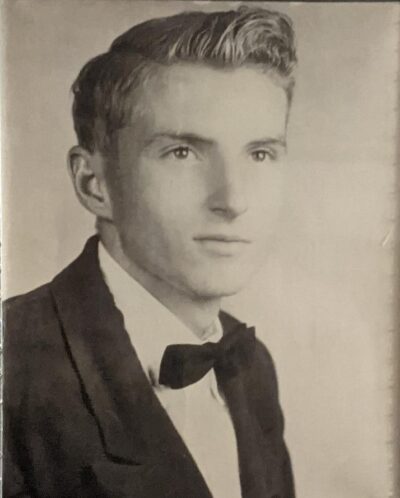 He was a 1956 graduate of Fuller High School in Sweethome. At 19 years old he was diagnosed with polio and was told he would never walk again but Fred defied the odds and did indeed walk. The Arkansas Democrat wrote a story about him, calling him a “Miracle Child.” If you told Fred you couldn’t do something, he would say “I can’t, never could do anything!”

He married the love of his life, Julia in 1958. Fred began his lifelong career of truck driving and mechanic work when he started working for Illing Bus Lines. Over the years he drove for JB Hunt, worked on and drove buses for the Beebe School District, and most recently, retired from P & P Truck Line.

Fred was a strict father, but raised his 6 children with love and a steady hand. He loved to play dominos, card games and dodgeball. He enjoyed fishing and watching NASCAR.

He was a member of Oak Grove Missionary Baptist Church in Albion, Arkansas.

Visitation will be Tuesday September 14, 2021 from 6:00 to 8:00 pm at A Natural State Funeral Service. Graveside services will be Wednesday, September 15, 2021 at 11:00 am at Pinecrest Cemetery in Alexander, Arkansas.