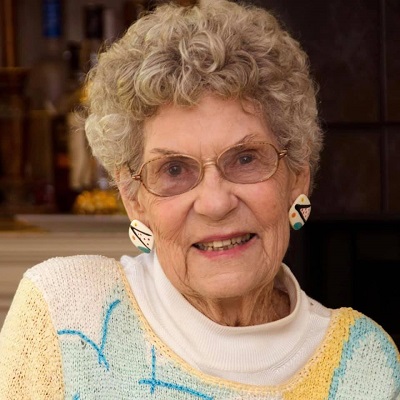 Ida Mae Miller died at 2:15 a.m. on September 12, 2021. She was preceded in death by her husband of 50 years, Guy Milton Miller. Together they had four children, four grandchildren, and nine great-grandchildren.  She was born in Denham Springs, LA, to Mr. and Mrs. W.S. Ellis.  At age 9, she and her twin siblings, Joyce and Jesse, went to live with their maternal grandparents, John and Mae Smiley of Denham Springs, due to the death of their mother, Edna Smiley Ellis.  Ida graduated from Denham Springs High School in 1940.

Mrs. Miller attended Southeastern University until 1943, going on to graduate from Spencer Business College with a degree in General Business in 1944. She was employed by Interstate Insurance Company for five years before marrying her childhood sweetheart, Guy Milton Miller, a World War II veteran and an employee of the J.C. Penney Company. Together they began a journey into management of J.C. Penney stores that led them to open or operate stores in Montgomery, AL, Greenwood, SC, Portsmouth, VA, Shreveport, LA, and finally Little Rock, AR.  Ida established a nursery in the Southern Baptist church they attended in each city.  These church nurseries were known as “Miss Ida’s Nurseries.”

In 1965, the couple moved to Little Rock, AR, to open the new J.C. Penney store in University Mall.  Mrs. Miller was proudest of the volunteer work she did with children and her church.  Most recently, she was a member of Trinity United Methodist Church in Little Rock.  She was a devoted wife, mother, grandmother, and great-grandmother, and her love of family and friends was apparent to all who knew her.  Her home was a sanctuary of love, and a favorite gathering place for her children’s friends.

A memorial service is planned for a later date at Denham Springs Memorial Cemetery where her ashes will be interred next to her beloved husband.  In lieu of flowers, donations may be made to your local Hospice organization or a charity of your choice.