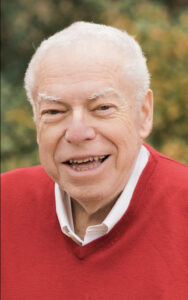 He graduated from North Little Rock High School in 1953 and the University of Tennessee Dental School in 1958, followed by a two-year internship in Virginia. He practiced dentistry in North Little Rock for 56 years and enjoyed the lifelong friendships he developed with his patients and peers. Paul was always the first person to help others in times of need. He served on the Arkansas State Board of Dental Examiners and was an advocate and mentor to newly graduated dental students. Known as Poppa by all his grandchildren, Paul developed a special relationship with each grandchild. Paul was a long time member of Park Hill Baptist Church. His loss leaves a huge hole in our hearts, but we take a lot of comfort in knowing that he is with his Heavenly Father and is sitting somewhere telling old stories with a chocolate milkshake in hand and Willie Nelson tunes playing in the background. Thank you for all you did for us. We are all better people for having known and loved you.