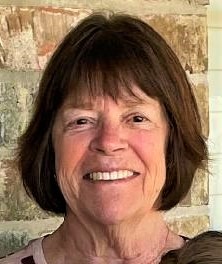 Trudebeth “Trudy” Tucker McIntyre, age 76, died in Little Rock, Arkansas, after a brief but courageous battle with Glioblastoma.  Trudy had a larger-than-life personality.  She was a dedicated mother and grandmother who loved them all fiercely.  She was committed to the nursing profession for over 40 years and had an impeccable work ethic.

Trudy was born on September 26, 1945, in Pine Bluff, Arkansas. She graduated from Forrest City High School in 1963.  She attended the University of Arkansas at Fayetteville and went on to graduate from the Methodist School of Nursing.  She continued her education at the University of Tennessee at Memphis where she graduated with a Bachelor of Science in Nursing.

Her career in nursing began in Memphis, Tennessee, at John Gaston Hospital and then to Methodist Central Hospital.  Trudy and her children moved to Pine Bluff, Arkansas, in 1980 where she continued her career at Jefferson Regional Medical Center.  She remained there until her retirement.

Trudy’s favorite hobbies included gardening, reading and working out with her Jazzercise ‘divas’. She loved dogs but later adopted Buddy, a cat who was her devoted companion. Trudy served in the roles of junior warden, altar guild member and lay Eucharistic minister at Grace Episcopal Church in Pine Bluff, Arkansas.  She was also a volunteer at the St. Mark’s Episcopal Food Pantry.