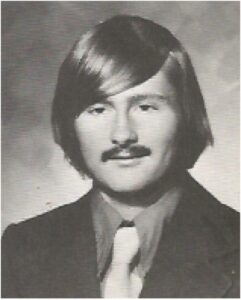 Frederic (Fred) Bernard Huffman, 64, of Morrilton passed away on November 9, 2021 at Chi St Vincent in Little Rock. He was born in Camden, Arkansas on July 29, 1957, the youngest of six children born to Dave Jackson and Theda Cline Huffman.

Fred grew up in Camden attending Fairview Public Schools graduating in 1975. He continued his education at Oil Belt Vo-Tech School earning an automotive mechanic certification which led to a career and lifelong love of cars. He was a Methodist attending services at Fairview Methodist Church in Camden with his family.

Fred is survived by his daughter, Jessica Erin Huffman Roach, grandson, Phoenix Sirmon, brother David J. Huffman and sister Theda Henderson. He is also survived by many nieces and nephews.

He is preceded in death by his parents, sisters, Anna Faye Beggs, Gene McManus, and Ruiz Stone.

A private family gathering will be held at a later date with burial in Smackover, Arkansas. For those wishing to honor Fred’s memory donations may be sent to the Food Pantry at the Fairview Methodist Church, 2603 Mt Holly Rd Camden AR 71701.