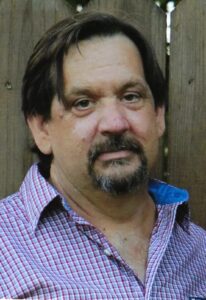 James Anthony Hicks, age 59, of Jacksonville, AR passed away December 19, 2021, with his family at his bedside.

He is preceded in death by W.J. Hicks Jr. (father), and Ida Sue (Housley) Hicks (mother).

He is survived by his sister Marisue (Hicks) Rowe of Lonoke, AR, along with nieces Melinda and Stephanie, and a nephew Scott Rowe.

James and Evonna La Rue Sullivan (Hicks) had 3 sons, Jason A. Hicks, Chad A. Hicks, and Joshua R. Hicks all of Jacksonville, AR. He also has one daughter Nina Rose Christie of Indiana. He was PoPo to 9 grandchildren Kaylei, Connor, and Dylion Hicks, Theodore and Thaddeus Hicks of Arkansas, Liam Christie, River, Ryder, and Addison Chapman of Indiana.

He graduated in 1984 from Petit Jean Tech as a Mechanic, and worked at Wayne’s Machine Shop until he started driving 18 Wheelers cross country. He retired in 2015.

Visitation will be held at A Natural State Funeral Service, 2620 West Main Street, Jacksonville, AR 72076 on Monday, December 27, 2021 at 12:00 PM, followed by funeral service at 1:00 PM. Interment will follow at Pinecrest Memorial Park.