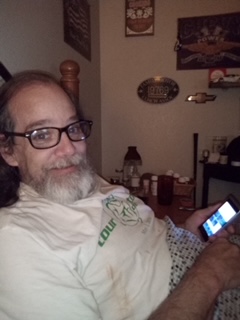 To those that knew and loved Steven Michael Chapman, we know this world will never be the same without him in it.  He was full of life, even near the end.  He loved the Razorbacks, the Yankees and Jeopardy, and was saddened by Alex Trebek’s death.  John Wayne was his hero and his favorite band was the Beatles.

Steve is survived by his wife of 30 years, Joi Chapman and his four children, Jenni Chapman, Jodi Chapman Tipton, Julian Chapman and Jackson Chapman, grandchildren Luci and Ali Tipton and Regulus Chapman.  Great mention to his two sisters Paula Chapman Hadaway and Bobbie Chapman Hicks who surrounded him with love and were there as he transitioned to a better place.  One of his last memories was when his son Julian played one of his favorite songs “Signs” and in that moment he was so happy.  He will be greatly missed by his family and friends that loved him.  If you were a friend know that he thought of you and was thankful for your friendship.  A private memorial was held by his family.