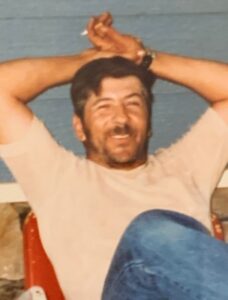 David Edward Robinson Sr, 73, of Dover, Arkansas passed away on Thursday, January 6, 2022. He was born in Staten Island, New York on August 2, 1948 to the late Marion Foley-Robinson and Robert Robinson.

David is preceded in death by his parents Marion and Robert Robinson and his sister Suzie Mendez.

David served in the United States Army. He was a very hard worker. David loved the outdoors and mother nature, and he also enjoyed hunting and fishing.

David is survived by his loving wife Judy; son David (Tanessa) Robinson Jr; grandchildren Lealah and Madalynn Robinson; and many other friends and extended family members.