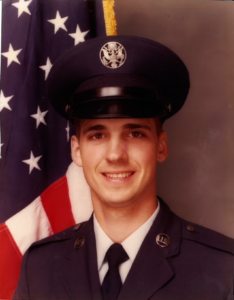 Jerry was born October 12, 1961 in Allentown PA. He is survived by his wife of 37 years ChaOk Fox and two sons ChinU and Alex. Son of the late James Joseph Fox and Helen Mlynek, Brother to Jamie, Rick, Bob, Tom, and Susan.

Jerry served 22 years of outstanding service to the United States Air Force. Elisworth, Kunsan, Taegu,, George, Grand Forks, Lakenheath, are some of the other Air Force Bases Jerry was stationed at. Eventually retiring here at Little Rock Air Force Base, Jerry worked for the CSTP program at Camp Robinson.

He was an amazing husband, father, brother, and uncle. Always doing the right thing and leading by example. Jerry had one of the most amazing hearts, a bit of a joker always tried to make those around him smile. He will be missed dearly, and the world needs more people like Jerome Joseph Fox.