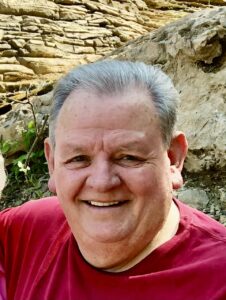 Kamp Allen Ross Jr, age 79, of North Little Rock passed away on Tuesday, January 11, 2022 in Little Rock, Arkansas. Kamp was born on October 1, 1942 in Pine Bluff, Arkansas to the late Kamp Allen Ross Sr. and Cathran Aileen Upchurch-Ross. He married Loyda M. Herring on June 2, 1961. He was a retired deacon from Amboy Baptist Church and was a member of North Hills Baptist Church.

He was preceded in death by his parents Cathran and Kamp Ross Sr. and his sisters June Carolyn Ross and Kay Carter.

A lifelong machinist, Kamp built his first car engine at the age of eleven. He worked for 20 years at Dewey Burke Machine Works. He then owned KAR Engines in Levy for 20 years and then later retired from Maverick Transportation. He loved to have his smoker going full of meats, especially his “pork butt”. After retirement, he took up cooking and collecting recipes from the internet. In his younger years, he was Past Master at Mr. Sinai Masonic Lodge and Assistant Boy Scout Master for Troop 133.