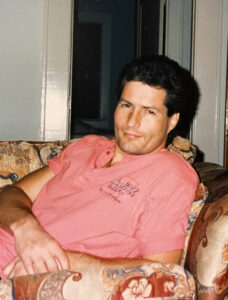 Larry Taylor, age 67 of Beebe, Arkansas passed away on Thursday, January 13, 2022. He was born on April 25, 1954 in Beebe, Arkansas to the late Buddy and Claudine Taylor, soon after moving to Little Rock.

Our Beloved Larry was an incredibly inspirational and accomplished man. He was a person of integrity, intellectual vigor and lifelong resilience. In his early years, he worked at his family’s furniture store in downtown Little Rock, which later became Taylor’s Antique’s in Romance. He was raised alongside his two sisters, Judy Robertson and Aleta Cone.

His academic pursuits were numerous. Larry received a bachelor’s in psychology and minored in German. Afterwards, he founded River City Gymnastics in Little Rock, Arkansas alongside the love of his life, Monicia, in the year of 1984. After years of focusing on the gym, he began to pursue his masters degree from UCA. He loved people and flourished as a coach and mentor. Larry and Monicia sold River City Gymnastics so they could focus on raising their firstborn child Julia. Three short years later their son, Ethan, was born. Larry’s children meant the world to him.

After leaving behind an active life of gymnastics, ballet and karate, Larry decided to focus his career efforts towards furthering his therapy work. After completing his masters, he remained as a therapist at Rivendell for 15 years, helping so many people discover the tools they needed to have a better life. Larry raised his family and worked full time all while pursuing his doctoral degree from the University of Memphis. He completed All-but-Dissertation. A hard-earned career in mental health was achieved andLarry became the director of the school based mental health program in Jonesboro. He was the first responding Crisis Intervention Expert on-scene at the West Side school shootings and carried that with him for the rest of his life. In the aftermath of the shooting, he wrote a 9.2 million dollar grant called the “Safe Schools, Healthy Students Grant.”

Larry’s gifted nature always played a role in the life of others, whether it was inspiring laughter, providing for his family or helping his clients. He was always striving to be better, always learning.

Most of all, Larry Finis Taylor was a loving, protective, attentive father and husband. He spent all of his extra time with his children. Not a single holiday or birthday was missed. He built a foundation of happiness for his children and instilled values of kindness, self-reliance, creativity, gentleness andperseverance. He taught that every well-intentioned effort is a step towards a bright future. He was a pillar of his community and a hero to his family.

Larry was a wonderful father to his children and grandfather to his only grandchild, Marlee. He will be very missed by everyone in his life who loves him dearly.

A memorial service for Larry’s life will be held on January 29 at Open Arms Assembly in Beebe at 1pm. All those who want to honor Larry’s life are welcome.

Donations are welcome at the following GoFundMe page: https://www.gofundme.com/f/help-with-larry-taylor-memorial-fund?utm_source=customer&utm_medium=copy_link&utm_campaign=p_cf+share-flow-1