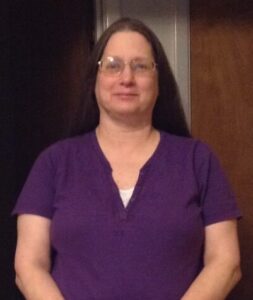 Linda Cheree (McKinney) Hutton, 61, of North Little Rock, Arkansas passed away on Wednesday, January 19, 2022. She was born in Helena, Arkansas on March 22, 1960 to the late Nancy and William McKinney.

Linda is preceded in death by her youngest son Larry Hutton who passed away in 2005.

Linda worked at Walmart for over 26 years. She was an avid Dungeons and Dragons player, and she enjoyed watching animated television shows, cross-stitching, and researching ancestry.