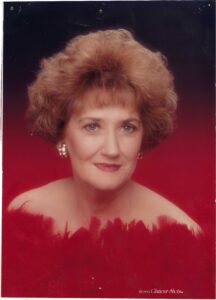 Mary Louise Evans McGonigal of Jacksonville, Arkansas passed away on Tuesday, January 4, 2022. She was born on August 7, 1946 to the late Bill and Mattie Evans.