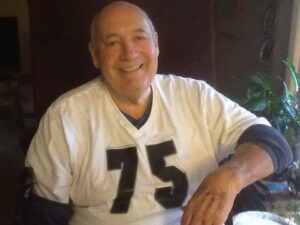 Richard Allen, 79, of Sherwood, Arkansas passed away on Sunday, January 23, 2022. He was born in Junction City, Kansas on September 30, 1942 to the late Betty Smith-Allen and Wilburn Olen Allen.

Richard is preceded in death by his parents Betty and Wilburn Allen; sister Carol Clark; and daughter Lorraine Adams.

Richard served in the U.S. Army for over 20 years and was highly decorated during his career. He loved his family and friends. Richard was very involved in sports, especially billiards and was a 9-ball City Pool Champion. He also enjoyed camping, water skiing, and trying new restaurants, especially the chicken fried steak.