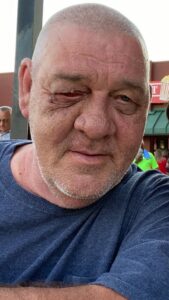 Richard is preceded in death by his parents Janice and Glenn Gabriel and his sister Angie Knapp.

Richard is survived by his wife of 26 years Connie Gabriel; his children Zachary (Lily) and Tiffany (Drew); three grandchildren Annabelle, Ryder, and Beau; brother John (Donna); step-mom Bonnie; and many other family members and friends who will miss him dearly.