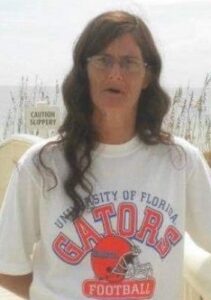 Rosemary Ann Clements, 58, of Little Rock passed away on January 7, 2022 in Little Rock, Arkansas.  She was born on January 29, 1963 to James Robertson and Katheryn (Moselle) Robertson.

She loved her grandkids. She loved football especially the Denver Broncos and animals. Her favorite pastime was spending time with her family. She was a loving daughter, mother, grandmother, sister, and friend who will be dearly missed.