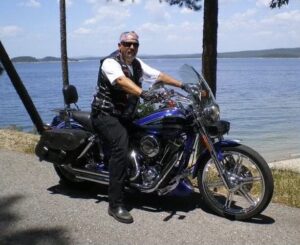 Steven is preceded in death by his father Herman Howard; step-father Charlie Torquato; and his brother Randy Howard.

He is survived by his wife of 26 years Sharon Howard of Conway; Daughters Holly Howard Prater of Gainsville, Florida, Stephanie Howard of North Little Rock, Sierra Howard of Cabot; grandchildren Rain and Rome Buchannan, London Prater; sister Jacque Forrest (Matt) of Jacksonville; mother Clara Howard Torquato of Belton, Missouri; mother-in-law Margie Dawdy of Jacksonville; and a host of nieces, a nephew and many friends who will miss him dearly.

Steven was an avid hunter and fisherman. He enjoyed drag racing. He was a former police officer for the City of Mayflower and Cammack Village. He truly loved his family and friends. He will be forever missed.

A visitation will be held from 5:00pm to 7:00pm on Thursday January 6, 2022 at A Natural State Funeral Service. A funeral service will be held Friday January 7, 2022 at 10:00am. An interment will follow at Rest Hills Cemetery.