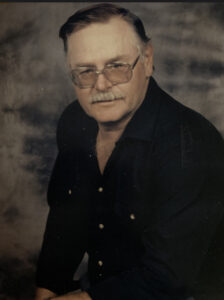 He was a loving husband, father, and grandfather who had a great sense of humor and was very quick witted. He enjoyed the outdoors, and had a love of animals, especially dogs and horses. He served in the U.S. Army, worked for many years as a diesel mechanic, and was a member of Victory Missionary Baptist Church.

He is preceded in death by his parents Orville and Dorthea Mobley; his brothers Richard Mobley (Liz), David Mobley (Gloria); his sister Carolyn Cia (Jim); and his brother-in-law Dwight Terry (Jane).

The graveside funeral service will be held at the North Little Rock Veterans Cemetery February 14, 2022, at 1:00pm.