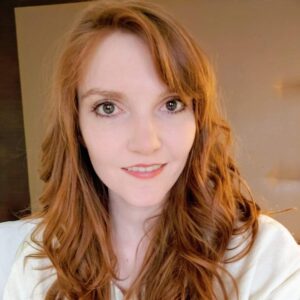 At a very early age she was ready to take on life. Her first steps were taken at 7-months-old. She didn’t walk, instead she decided to run into her Daddy’s arms! At 10-months-old, Alicia was talking in complete sentences and for us who knew her well, we know she never stopped talking! Alicia was full of life, energy, joy and full of adventure. She was never afraid to step into new waters of adventure.

At 11-years old her willing heart led her into the heart of Christ. She embraced him and she was his. Her Daddy had the privilege of baptizing her.  When Alicia was 13 years old, she was the only girl to compete in a 4-H BB shooting contest and she beat the boys – so like Alicia to go against the grain!

If Alicia was your friend, she was your loyal friend. Her willingness to always look out for those in need and her hand that reached to help anyone is a memorable quality of Alicia’s character. Her infectious smile, silly giggle, hardy laugh, winsome ways, jokes, pranks and a love for life were all packed into a tiny frame. There is a saying that is fitting for us that remain, “When someone you love becomes a memory, that memory becomes a treasure of our hearts.”

Alicia graduated from Star City High School as Valedictorian of the class of 2005. She continued her education at UCA Honors College. From there, she went on to manage several businesses before going to work at CARTI. With all of her accomplishments, the one she was most proud of was loving, guiding and helping raise her nephew Thaddeus who called her “Aunt Red.” She had a fierce love and passion to impart to Thad. Alicia called Thaddeus “her boy.” Thad will never forget his “Aunt Red” because she imparted herself to him forever.

Alicia left behind a loving family, her parents: Arnold and Kathy Tullos; her brother Brian Tullos, Grandmother Patsy Brantner, nephews Thaddeus, Theron and Trever Tullos, Uncle Kenny and Aunt Jenny Lou, along with a host of family and friends who will miss her deeply.

We grieve but not like those that have no hope. One day those of us who have given our lives to Christ will embrace her once again.

A family hosted life celebration will be held at 10am on Saturday, February 26, 2022 at Holy Springs Baptist Church at 22401 Colonel Glenn Road in Little Rock.