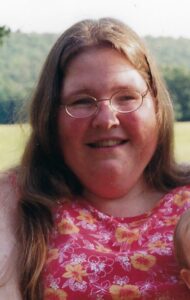 Amy Lorine Gubanski, 54, made her final heavenly journey on January 13, 2022 in Conway, Arkansas.  She was born on September 21, 1967 to Robert Eugene Gubanski SR. and Geraldine McCoy Pechoski.

Amy grew up in North Little Rock, went to school at Oak Grove before beginning her most important job of being Meredith’s mom. She loved playing video games, cooking and watching TV, especially WWE. She frequently visited pet stores just to play with the various animals.

She is preceded in death by her mother, Geraldine Pechoski, and her sister, Frances Kay Bradley.

In lieu of flowers the family requests you make a donation to an animal shelter of choice.