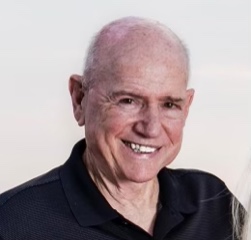 Buel Ray Wortham, 81, passed away February 22, 2022. Buel was born in Little Rock, AR on February 12, 1941, to Buel C. Wortham and Odie Jernigan Wortham. He attended North Little Rock High School, class of 1959, and graduated from Henderson State University and the ROTC program in 1963. After graduation, he entered the U.S. Army. He left the military as a First Lieutenant, a decorated skydiver, and a pilot.

Buel was an adventurer, and he always lived his life to the fullest. He traveled the world flying hot air balloons, piloting airplanes, riding motorcycles, bicycling, scuba diving, fishing, hunting, and taking in anything and everything the outdoors had to offer. His dream trip was the two-week motorcycle expedition to Alaska with his son, Clay, in 2017; on which many friends joined their travels, and they never met a stranger! He was always up for the next big adventure.

He was an entrepreneur, owning many different businesses- from real estate ventures, amusement machines, and hot air balloon piloting, to nightclubs and pawn shops. He loved being his own boss and the freedom is allowed.

A memorial service will be held on Tuesday, March 1, 2022 at 2:00pm at A Natural State Funeral Service.

The family asks in lieu of flowers- go wet a hook, hike a trail, take a ride on a motorcycle, climb a mountain, or have a drink and think of Buel.

To view a tribute slideshow of Buel, please follow the link below.