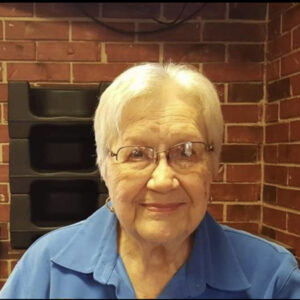 She was born in Little Rock, Arkansas, on March 6, 1936 as the youngest daughter of Howard Leverett Ford and Jewel O’Dell (Smith) Ford. She married Clay Rice Taylor in Little Rock on September 2, 1953 and raised four sons. Following Clay’s death, she married Ben James Ewing in Benton on November 14, 1986.

Glenda grew up in Arkansas then, as a military spouse, lived in Alaska, Texas and Germany before settling down in Saline County. She was an avid bowler and member of bowling teams throughout her life. She also enjoyed traveling across the United States and park hosting in Arkansas as a member of the Thundering Sams RV Club.

A memorial service and her burial at the Little Rock National Cemetery will be held at a date and time to be determined. The Thundering Sams will be honorary pallbearers.